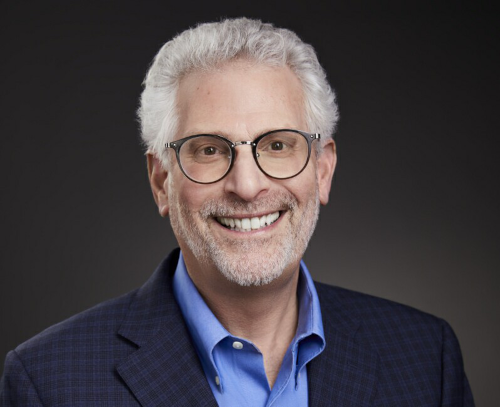 Mark Pedowitz was named Chairman and Chief Executive Officer of The CW Network in January 2020, overseeing all creative and business aspects of the network. Since joining the network as President in 2011, Pedowitz has spearheaded several bold, transformative moves for The CW, including building and broadening the network’s audience, bolstering its primetime schedule with more original programming, and setting an innovative digital and social strategy. In one of his most recent initiatives for The CW, Pedowitz has charted a new course for the network’s streaming strategy by securing full in-season digital rights to all new CW scripted series going forward, so viewers will now be able to catch up from the beginning of the season on The CW app and CWTV.com.

Among his top priorities, Pedowitz has dramatically increased the amount of original programming the network offers, which has steadily grown to 18 scripted series throughout the year. To accommodate the ever-growing programming slate, The CW expanded to a six-night primetime schedule in Fall 2018 with the addition of Sunday, which has been an unqualified success for the network, its affiliates, advertisers and fans.

Additionally, Pedowitz has overseen the launch of the network’s first-ever summer schedule, which has continually expanded to include unscripted comedy series such as “Penn & Teller: Fool Us” and “Whose Line Is It Anyway?,” alternative programming as well as the acquisition of several summer scripted series. Under Pedowitz, The CW has changed the perception of the network brand among both viewers and critics. During his tenure, The CW has received major award recognition in recent years with “Jane The Virgin” earning an AFI Award, a Peabody Award, and its first-ever Golden Globe Award nominations, and win, for star Gina Rodriguez; and “Crazy Ex-Girlfriend” star Rachel Bloom winning both the Golden Globe and Critics Choice awards for best actress in a television comedy.

Pedowitz and his team have led The CW in becoming more aggressive in the digital and social media space, creating the industry leading AVOD streaming service through The CW app, which is now available on every major OTT platform, offering streaming of in-season CW series, for free and without need for authentication. Pedowitz also oversaw the launch of The CW’s digital channel, CW Seed, with shortform original digital series, including alternative programming and the DC animated series, as well as over a thousand hours of streaming library content, including comedies, dramas and feature films, such as the recently added “90210,” “Limitless” and “Nikita” as well as the award-winning series “Schitt’s Creek.” Under Pedowitz, The CW continues to champion inclusive, representative programming that reflects the network’s diverse audience and the world at large. That on-going commitment is showcased through the wide array of voices, faces and backgrounds taking prominent roles in front of and behind the camera across its primetime schedule. In November 2019, Pedowitz was honored as a Giant of Broadcasting by The Library of American Broadcasting Foundation. In October 2016, Pedowitz was inducted into the Broadcasting & Cable Hall of Fame. A veteran network and television studio executive, Pedowitz joined The CW as President in 2011 with a strong background in program development, production and business affairs. As President of ABC Studios from 2004-2009, his leadership produced multiple seasons of successful programming that fed the Walt Disney Company's distribution pipelines worldwide, including such hit series as “Lost,” “Desperate Housewives,” “Grey’s Anatomy,” “Ugly Betty,” “Castle,” “Army Wives,” “Ghost Whisperer” and “Criminal Minds.” Before joining The CW, Pedowitz helmed an independent production banner, Pine Street Entertainment, where he executive produced a pilot for Lifetime entitled “Meet Jane.” Another project, “The Crazy Ones,” starring Robin Williams and written by David E. Kelley, for Twentieth Century Fox Studios and CBS, premiered in 2013 on CBS. Prior to joining ABC Studios, Pedowitz served as Executive Vice President, ABC Entertainment Television Group, overseeing all business, production, legal and financial affairs for ABC Primetime and Touchstone Television, as well as business/legal affairs for ABC Daytime and Late Night. He joined ABC in 1991 as Senior Vice President, Business Affairs